If a “mass shooting” occurs, and no talking heads are angry about it, will people make a sound?  The answer is: no.

This weekend, there was a concert event at the Tim Faulkner Gallery, located in Louisville’s West End – specifically in Portland.  For those who aren’t familiar with the venue, Tim Faulkner’s is a 26,000 square foot mixed-use facility near the Ohio River, that is home to both artist space, McQuixote Books & Coffee, and a 10,000 square foot performance area that hosts various events.  It is surrounded by warehouses, manufacturing, and a lower income homes that are slowly being gentrified by hipsters, trendy restaurants & businesses encroaching into the area.  Kentucky Kustom Cycles is across the street, Louisville & Indiana Railroad is two buildings east, and Habitat for Humanity’s Louisville office is two streets south.

When 5 people are shot at 1AM, you’d think that people would be upset by this.  One woman, a student at University of Louisville, died. 5 were wounded and expected to recover.  After the outrage of the Orlando Nightclub shooting, all of the usual suspects were up in arms.  They quickly blamed everyone from the NRA, to the firearms industry, to the GOP for enabling the killer to murder all of those innocent people.

Imagine my surprise when I saw absolutely zero mention of this weekend’s horror in my social media feeds.  The same people who would wail and rend their clothes in a morbid kabuki display of virtue signaling; the social justice warriors who proudly declare that anyone who opposes gun control is a psychopath, and that the NRA is evil… why, they were silent.

24 hours later, there are no calls for gun control.  No screaming about the easy availability of firearms.   No talk about innocent lives lost or the societal cost of gun ownership, or how Something. Must. Be. Done.

Why on earth would that be?  Simple.  Here’s the event where the shooting occured: 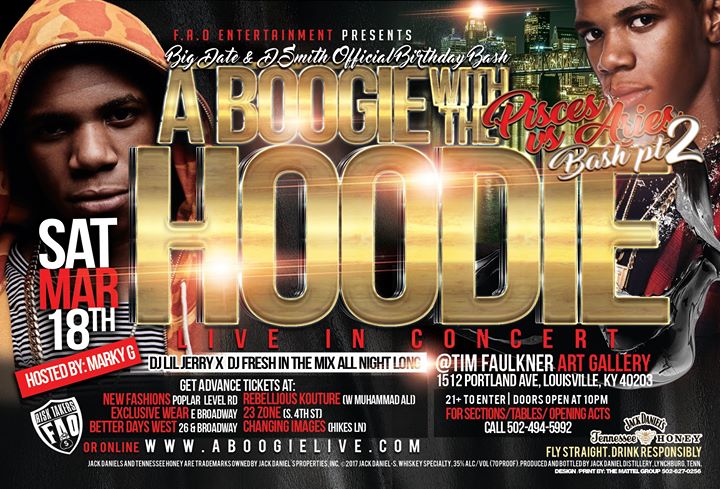 The victims? No elementary school children.  No casualties from the LGBTQ community. A distinct lack of media friendly corpses to be used as macabre props, because this is the wrong demographic. No possible hate crime, and if the shooter is caught, he will probably already have a long criminal record.   It’s not as easy for the gun control movement to dance in the blood of the victims when this sort of thing happens.

It’s difficult to manufacture outrage when it’s a people being shot at a rap concert. Because of this, the personalities that generate talking points have nothing to say because their audience is just going to shrug their shoulders and go “what did you expect” when they see the event & the victims.

You see, this type of “mass shooting” doesn’t fit the narrative.  Louisville’s West End is known as the bad part of town, with the city’s poverty, crime rates, shootings & drug issues all congregate to become that area middle-class mothers warn their kids to avoid.

No Facebook profile pictures will be changed to say “We stand with Portland.” The people shot will only be mentioned again as a statistic: they will be lumped in with other similar “mass shootings” to paint firearms ownership as a stain upon society.

Thus, the truth is laid bare: those who scream the loudest about gun control aren’t really invested in it.  It’s not a cause they actually care about, because if it was they would be marching for the victims of Saturday’s shooting.  No, gun control is merely a tool in the arsenal; a facet of tribal politics & a way for them to lash out against their political opponents.  It’s something that is only mentioned when they can puff themselves up in righteous anger, and preen in their cloaks of moral righteousness; because their opinions are right and those who disagree are clearly evil.  If something cannot be used as a weapon against your enemies, it is ignored.

Their silence makes it all too obvious how this is not a battle for what’s right, or to reduce “gun violence” whatsoever, but to score points off their opponents.  Because, let’s face it: If these people were truly passionate about their beliefs, if they truly felt that Black Lives Matter, or that every life is precious, then they would be screaming about this sort of thing happening. Instead, we hear crickets.

The political winds do not favor gun control, thus the faithful do not need to be rallied.  Better to save their outrage for whatever other convenient controversy can be manipulated.