Just when you thought it couldn’t get any more idiotic, USA Today says “hold my beer!” 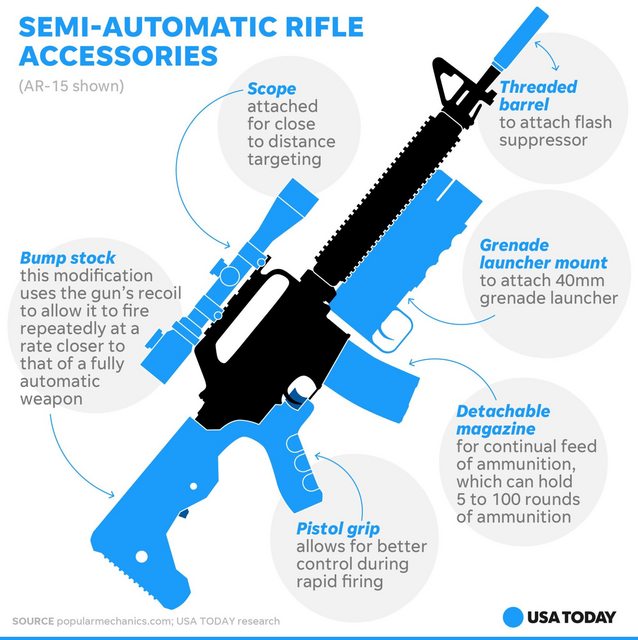 Yep, 40mm grenade launchers are somehow a danger, despite their being restricted as Destructive Devices, requiring the usual ATF background check, FBI fingerprinting, $200 tax stamp, and more.  And that’s just for the launcher – if you want a 40mm round, each one of those is considered a destructive device as well, if you can even find someone willing to sell you an explosive 40mm round.

You know what the penalty is for having an unregistered Destructive Device? Federal Felony charges with up to 10 years in jail & a fine of $250,000.  But USA Today thinks these are just an accessory that is commonly available at any gun store.

This is why journalists covering firearms are mocked & derided relentlessly in the firearms community.   Because memes like this become less satire, and more reality:

If you want to have a serious discussion about a topic, it helps if you have even a layman’s grasp of the subject matter.  USA Today’s graphic is the epitome of fear mongering nonsense.